How Lillestrøm trained 5,000 employees in 2 months

With thousands of employees and multiple new systems to integrate in a tight time frame, officials at the Lillestrøm Municipality in Norway needed a comprehensive training solution. 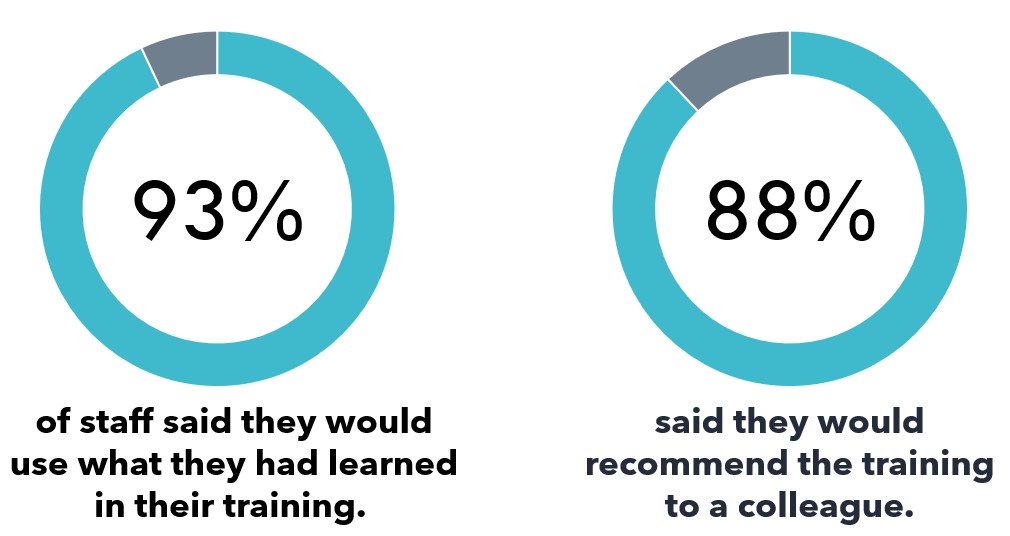 The town of Lillestrøm is located 20 kilometers outside of the Norwegian capital, Oslo. In January 2020, after a merger with the surrounding regions of Fet, Sørum, and Skedsmo, Lillestrøm was officially extended into a municipality.

The officials of the newly created Lillestrøm municipality were now responsible for over 9,000 employees. What’s more, over half of them needed to be onboarded and trained in new admin end patient record systems. Quickly.

Previously, the Lillestrøm team had relied on classroom training and linear e-learning to get new staff up to speed. But given the size of the task at hand, this traditional approach was not going to work.

The primarily healthcare sector in particular relied on platforms that handled vital, confidential patient information. Training on these needed to be swift and effective, at scale.

Attensi Process provided a different solution, and the answer Lillestrøm was looking for.

Through Process, Attensi built a number of 3D gamified simulations that exactly replicated the tasks that Lillestrøm staff would have to undertake. These were combined with conversational dialogue scenarios, recreating the kind of personal interactions that employees would face in their day-to-day jobs.

Each module of these simulations was designed to be replayed multiple times to encourage learning through repetition. Certifications were awarded to staff for the completion of these modules, allowing for easy tracking and immediate feedback on progress.

Additionally, a leaderboard of top performers promoted some competitive spirit and friendly competition between employees and departments to outperform their peers.

Attensi’s new training approach produced the measurable results that the Lillestrøm team were looking for.

In just two months, 5,000 employees showed demonstrable mastery of their new workflow tasks. With Process, Lillestrøm pulled off a feat that would have been impossible using traditional classroom training or e-learning.

Staff satisfaction scores were high across the board. 93% of those surveyed stated that they would use what they had learned in their daily jobs, while 88% said they would recommend the training to a colleague.

This positivity created by the new training made a lasting impression on the team, as noted by Digitization Director, Torbjørn Pedersen:

The level of enthusiasm this has created is on a whole new level than usual… We’d never be able to pull that off using traditional classroom training.

Interested to find out how gamified simulation training could work for your organization? Let’s start a conversation!