How role fluidity offers a route forward for Hospitality

The hospitality industry knows tough times only too well.

And the current state of the world might just prove to be the toughest in living memory.

But whenever we return to some degree of normality, one thing is for sure; some very significant changes are ahead for how we handle staffing on a day-to-day basis.

Like many of you, my recently imposed ‘working from home’ status has given me a little more time to reflect. Specifically, on how our industry can eventually accelerate out of where we are today.

Changes to staffing standards are inevitable. And on a recent work trip to the USA, I was lucky enough to experience a different approach to how servers can operate.

One that gives a blueprint for a new solution to staffing pressures.

Allow me to recount my experience with, and case for, ‘role fluidity’.

It took me a moment to realise. Was it true?

My colleague assured me it was.

I was shocked to realise he was right.

During our meal at the famed Union Square Café in NYC, we had in fact been attended to by no less than five different servers.

All of them were seamless in their knowledge of wine, beer, cocktails, food, pairings, second drink, and follow up service.

Do not define staff with a specific role, let them become masters of many arts.

As I sat admiring the service on show, I studied how effortlessly the staff interchanged waiting on multiple tables.

I saw the waiter who had talked us through the provenance of each main dish, and which wines would pair best, now offered a recommended cocktail to a nearby table.

He then proceeded to make the drink himself behind the bar (with skill, I might add).

Shortly after, a female colleague brought the drink over to the table and talked through the process of how it had been made with the lucky recipient.

This was beyond good teamwork. This is was role fluidity, defined.

But can that scale?

“That’s easily done in a single restaurant. Hire excellent people and drill them to an outstanding level. Simple enough for Union Square, not so much when you’re managing 500 locations.”

But what I can tell you is that role fluidity is a consistent subject in my conversations with operators in all sectors, on all scales in the USA.

Here in the UK, there are whispers amongst some restaurant operators about this concept. But it is far from a mainstream idea. So far, at least.

The more I encounter it, the more I’m convinced this is an evolutionary move straight out of Darwin’s playbook. It is borne out of necessity – adapt or die.

By having a team of multi-skilled workers you need less staff to operate a site, giving a lot of flexibility.

An antidote to staff shortfalls

All of my US contacts are experiencing the same strangle of the talent pool happening around the rest of the world.

Hospitality in the US is seen in much the same way as Europe – a stop gap, easy money. Something to do to make ends meet for a bit, and then move on.

What’s more, in the US, it is often a race to the top for wages for top talent. Whoever pays the most gets the best people.

Amongst the operators I work with, the answer has been to evolve their staffing strategy. 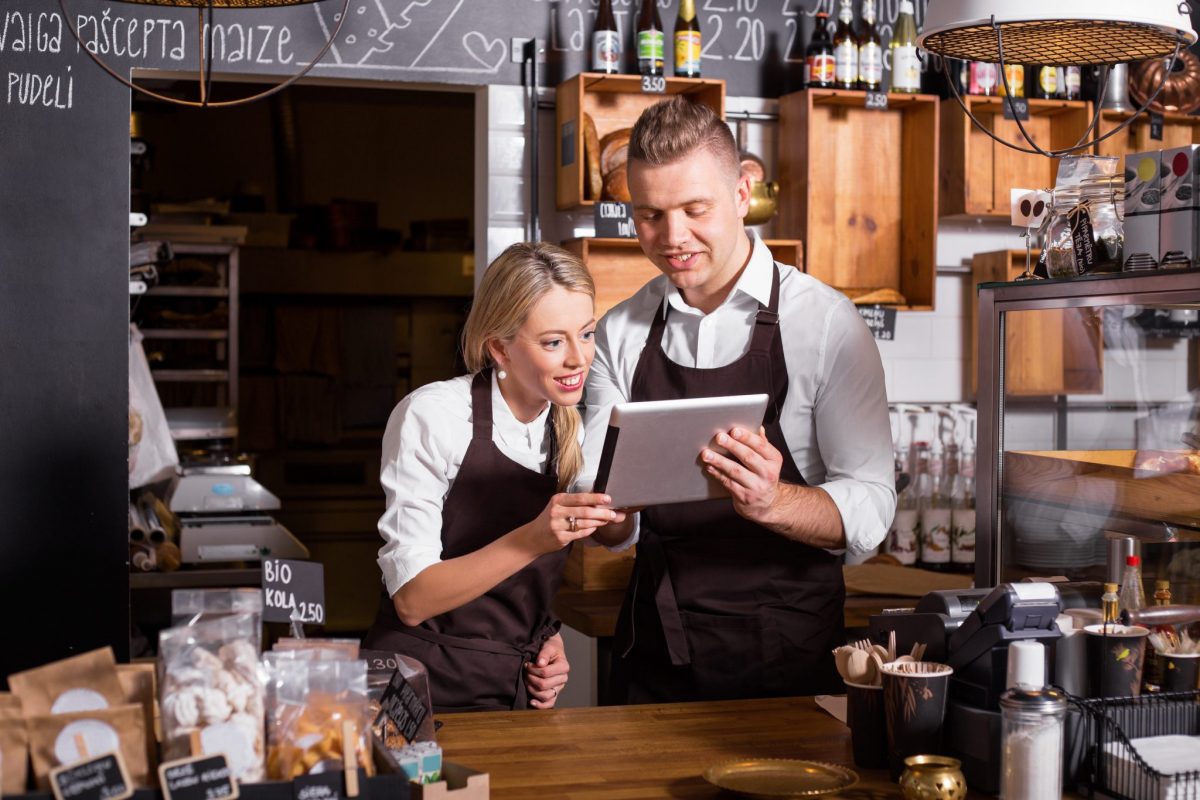 They take the people they have, multi-skill them, and give them an appreciation for every part of the business. In other words, do not define staff with a specific role, let them become masters of many arts.

The theory is that by having a team of multi-skilled workers you need less staff to operate a site, giving a lot of flexibility.

And there are benefits for staff progression too.

One major US operator told me that by exposing their staff to more areas of the business, they were now able to identify their truly talented people in a fraction of the time. Allowing for more rounded career paths has led to smoother transitions for internal promotion, and has helped them hold on to their best people.

Focus on ‘how’ to deliver role fluidity

With all of the personnel pressure building here in Europe and around the world, I am convinced role fluidity should be the direction operators take.

To do this effectively, as an industry we have to keep focused on how we actually deliver these new staffing models. In other words, stay focused on ‘How’.

Time to competence is vital. And if you are training your people across multiple areas, then their knowledge requirements increase, along with the level of skill needed.

Our training and development programs need to adapt to keep pace.

And with a fresh perspective on what it means to work in hospitality, we might just have new route forward for tackling the tough times ahead.